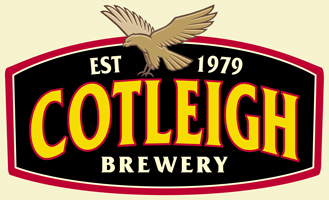 Cotleigh Brewery began life in Devon in 1979, in the old stable block of Cotleigh Farmhouse at Washfield near Tiverton. The original operation started as a five barrel brewing plant, with Tawny being the first brew and it has since remained one of the most popular beers in the South West. Immediate success meant that in 1980 the brewery moved to the historic brewing town of Wiveliscombe in Somerset where William Hancock started brewing in 1807. Its original owner Ted Bishop was succeeded in the early 80's by John and Jenny Aries, a husband and wife team, who built upon the brewery's success. The brewery expanded in 1985 in order to fulfil ever-increasing demand.

Notable early achievements, Barn Owl has been placed supreme champion of the SIBA Maltings Beer Festival in 1994 and has twice been a finalist in the GBBF Champion Beer of Britain. Tawny is a two time Good Beer Guide 'Beer of the Year'.

In 2007 Master Brewer Jeff Curd joined the business with an eye to keeping a watch on quality control. Notable new brands include Honey Buzzard, 4.5% brewed with local Wiveliscombe honey from David Pearce's honey farm, and Commando Hoofing, 4.0%, introduced to support the Royal Marines Family after 40 Commando Royal Marines returned from operational deployment in Afghanistan; the beer was launched at the Royal Marines homecoming parade in Taunton and was immediately said to be "Hoofing" (a Royal Marine term used to describe something fantastic).

Cotleigh 25 was awarded category winner for the Best Alcohol Product of the year, beating a recognised Champagne to first place. The ceremony took place in London and was sponsored by The Hotel and Caterer Magazine in December 2006.

Cotleigh Brewery has also been awarded Drinks Producer in 2005 and 2007 by readers and judges by Somerset Life Magazine.

Following a number of enquiries from the export market, we have seen our products sold in the USA and a number of European markets.

The Brewery has continued to receive prestigious awards both nationally and internationally for Best Point of Sale material and Label Design and Printing.

We celebrated 30 years of brewing excellence in 2009 and produced two new beers. We decided to brew a strong beer named after a powerful and majestic bird Albatross 6.5%. Nutcracker was brewed many years ago and after sitting as a recipe in our bottom draw we have brewed a flavoursome mild at 3.4%.

Cotleigh beers are registered trade marks both in the UK and now in the USA and we continue to support our charitable partner The Hawk and Owl Trust. We thank all our customers for helping to contribute to conserving wild birds of prey, their habitats and all the associated species.

In May 2012, Stephen Heptinstall, the current sole owner of the Brewery presented a cheque for the of £10,000 to Go Commando. Go Commando is a national charity supporting all Royal Marines and their families. Cotleigh helps this charity by donating five pence to them for every pint of the 'Hoofing' beer or cider sold.